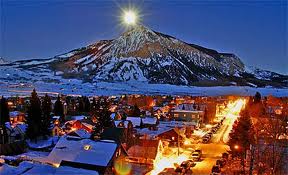 Crested Butte Mountain Resort (CBMR) retained Community Flights in 2013. The primary purpose was to reverse a trend where the Gunnison Airport experienced a multi-year air service decline. The reduction in winter air service persisted for five years. This loss of service cost the community 45 percent of available seats into the Gunnison-Crested Butte Regional Airport (GUC).

Community Flights, prioritized developing public private partnerships. Community Flights, worked with the Rural Transportation Authority (RTA), the Tourism Association (GCBTA) and the Gunnison-Crested Butte Regional Airport (GUC).  We first attacked the challenge of driving up load factors. Collectively, we succeeded by increasing loads nine percentage points in the 2013/14 winter season over the earlier winter. We built up another three percentage points in 2014/15 winter. This represented a total 12 point increase over two years. As a result of these higher load factors, planned winter capacity increased five percent in winter of 2014/15. We planned a 10 percent increase occurred in winter 2015/16 and a 5% increase for 2016/17. 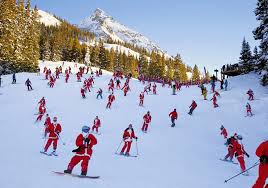 The steady reduction of GUC capacity resulted in fewer visitors to the region. Therefore, local tourism businesses struggled with the corresponding decline in revenues and some decided to close their doors entirely. Additionally, Tourism tax revenues also declined challenging air service funding sources. The decline of GUC capacity was partly offset by “leakage” to alternative airports, such as Denver. However, these visitors were spending fewer nights and fewer dollars in the Gunnison/Crested Butte region. Furthermore, Denver is another three and a half hour drive from Crested Butte. CBMR also lost visitors to other ski resorts. Many offered a much closer drive from Denver and/or more convenient air service. As a result of these conditions, CBMR executives began to question if local air service was sustainable.

From their research, CBMR knew that air visitors were a big share of the total skier days at the resort. This is due to Air visitors staying longer and spend more than drive visitors. Hence, the declining number of airline visitors had a negative impact on resort revenues.

The long-term effort involves these organizations working together to educate and increase community support for GUC air service. The main goal is to increase capacity and visitation on a consistent and sustainable basis. As more members of the community as well as more visitors support, promote, and use GUC, load factors and airline revenues will rise. This will lead the way to capacity growth in the future. Working with these regional stakeholders, Community Flights developed and executed its custom Air Visitor Capture Program.

An Airfare Club and Other Community Engagement Efforts

Community Flights built an airfare club that notifies opt-in members of every air deal into and out of GUC. Airfare club members join weekly. As a result, we are communicating air deal information via an email alert message and summary to more and more flyers.

Community Flights and the RTA rely on a number of data sources to track booking pace and forecast flight loads and revenues. Using this research, we engage airline staff about initiating, fare sales. We look for a benefit to the community, its visitors, and the airlines themselves. These air deals are then incorporated into local marketing efforts to maximize passenger sales. We promote the most, when these reports identified soft sales levels in specific travel periods that these sales address and competing markets are uncompetitive. 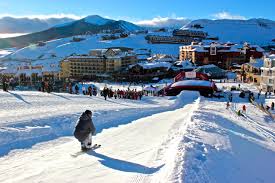 Community Flights also developed a travel cost calculator. This  designed this tool to show the total travel cost of using GUC as compared to other alternate airports. This calculator factors in automobile expenses and hotel overnight expenses and drive time and cost. When passengers factor all travel costs, frequently, Gunnison Airport is a much less costly and time-consuming airport option. This is true for both originating and visiting air travelers. Consequently, we placed this total travel cost calculator on the www.flygunnisonairport.com website to help sell Gunnison (GUC) as the airport of choice for passengers.

Since Gunnison suffers from a very high local leakage percentage, we involved local businesses in several programs. Additionally, the idea was to promote the use of GUC to visitors as well as local air travelers.

Community Flight’s Fly Gunnison Airport Promotion was one promotion program. This program allowed businesses to offer discounts on products and services. We offered, through participating businesses, these discounts to any visiting guest or local who showed a boarding pass to/from the Gunnison airport. This promotion increased their buying power within the region. Additionally, It also positively affected many travelers choice of the Gunnison airport as their destination airport. At the same time, the RTA launched the Friends of Flight program. Businesses received incentives, including free airline vouchers, for educating their employees about the air service at the Gunnison Airport. Consequently, having the region’s workforce speaking knowledgeably about local air service is important. Local businesses also promoted the use of GUC on their own web sites and marketing materials.

These programs caused many locals and visitors to “Check the Gunnison Airport First”. Previously, many travelers would go directly to alternate airports when searching for their air access to/from the Gunnison/Crested Butte Region. Of course,  not all potential airport users ended up buying an air ticket to/from GUC. This and other efforts did, however, help to cut passenger leakage. We saw Gunnison’s average load factor increase nine points in winter 2013/14. The Gunnison airport saw 2,800 more passengers. Most of these incremental passengers were visitors who directly spent an extra $4 million dollars in the region. This extra spending generated an extra $12 million dollars in total economic activity.

Lower Payouts to the Airlines

Due to increased loads and flight revenues, CBMR and the RTA paid less on their revenue guarantees than in earlier winters. Another contributor to lower revenue guarantee payments was the increase in first class occupancy.

First Class includes many services and features. These include free baggage, priority boarding and check-in as well as other amenities and services of great value. We worked with Crested Butte Vacations and the Gunnison Crested Butte Tourism Authority. We also worked with lodging property managers to highlight the extra benefits. There was a strong increased value perceived by many guests in the coach to first class upgrade program, after the upgrade after agents explained. This led to a significant up sell of guests from coach to first class. We increased overall flight yields and lowered the difference between the flight costs and the credited flight revenues. This also presented better value to these travelers. Many of these travelers saw the value in the conveniences and benefits that come with the first class service over coach.

With lower payouts on the revenue guarantees, there were more funds available to help add 2,000 seats for the 2014/15 winter. We therefore expanded economic activity and job creation in the winter of 2014/15. 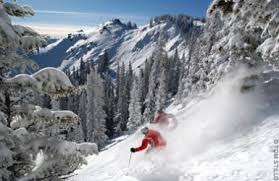 In our second year, winter 2014/15, the GCBTA restructured itself to focus on increasing lodging occupancy throughout the year. The GCBTA also launched its own central reservation office. This focus aligned well with filling flights into GUC. The GCBTA launched several promotions that complimented CBMR and the community’s air service marketing support efforts. Both organizations relied on flight analysis provided by Community Flights. In addition, we introduced potential air guests to other bundled air ticket and ancillary products and services. We also encouraged upgrades to these higher level services and benefits. There was an increased customer communication focus on how bundles and pre-purchases of air ticket related services offer value. We noted they will often save the traveler on these overall air service costs. The RTA and CBMR also jointly funded airport surveys to better understand traveler behaviors, demographics and preferences.

For the summer of 2014, the RTA successfully applied for and received a federal Department of Transportation Small Community Air Service Development Grant (SCASD). The RTA used these funds to launch new non-stop service to Houston. The initial service was so successful, that capacity for the summer of 2015 increased 177 percent and a high percentage of the incremental capacity filled. GCBTA drove air sales through a new digital marketing strategy and Community Flight’s Airfare Club notifications.

Under the leadership of county board of realtors, Community Flights, CBMR and the RTA helped create the Gunnison/Crested Butte Air Alliance (GCBAA). The GCBAA is a 501 © 6 economic development non-profit. Their purpose is to engage a broader spectrum of community associations and businesses with the regional air service development and funding. The GCBAA is a Colorado Enterprise Zone project. This classification brings with it the ability for businesses contributing to the GCBAA to receive a 25% state tax credit on their contribution.

In 2014, Rick Lamport, the Gunnison Airport Manager under took a Master plan process. While this is a regular every 5-10 years effort, Rick was able to include in the Master Plan process more air service data research. The airport then shared this data with the community air service stakeholders. This information helped further support the targeting of Los Angeles as the next air service market for the community to pursue. This data also pointed out other future air service market and airline opportunities.

Through joint efforts of Community Flights and key Gunnison/Crested Butte air service stakeholders, GUC air service has stabilized. Gunnison has seen two years of capacity growth during both summer and winter seasons. More local businesses are surviving, many thriving, achieving a higher level of profitability. The increased coordination and focus has inspired hope for the air program by many in the Gunnison/Crested Butte community. They have begun to feel that Gunnison Airport will sustain an up spiral of seat capacity and visitor levels.

This past winter we announced a NEW Alaska Airlines Los Angeles to Gunnison air service (Winter 1516). These flights excited many in the community. The community obtained this NEW air service to Los Angeles via a public/private effort between CBMR, the RTA, the GCBTA, GCBAA, and GUC. This will lead to better and better air service, in the longer term, for locals and visitors alike. Many local businesses also are experiencing more prosperity. In 2016, the air service stakeholders undertook a strategic planning process to further improve air service development collaboration.

Working better collectively, these various organizations (The Ski Area, The RTA, The Tourism Authority and the Airport) are seeing a stabilizing and growing air service. The strategic plan process is looking to build on these recent successes. 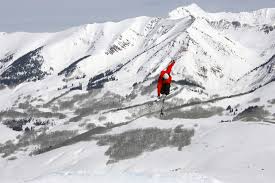 Winter Forecast and Goals for 2015/16 – CBMR: An Air Service Decline